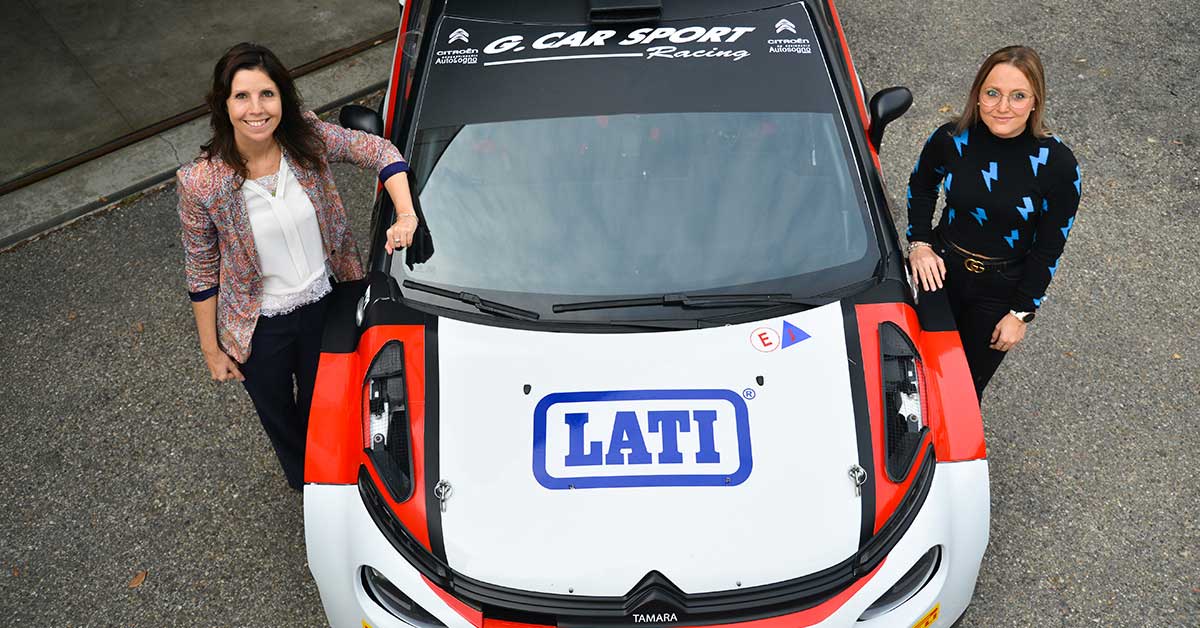 LATI with Tamara Molinaro in the WRC2

Everyone loves a success story. That is why, today, we have decided not to talk about innovative polymers and compounds, but instead about two very different but equally striking experiences that ultimately brought together their two protagonists — two women who share the same profound values and the same readiness to rise to a challenge.

Let us begin with Michela Conterno, CEO of LATI, a leading Italian company in the field of thermoplastic engineering compounds. It was 2009 when Conterno agreed to take the helm of the family business, a complex reality in a demanding industrial setting, at a time when the economic crisis was at its height. Setting out to build on all the company’s assets, and exploit its wealth of experience, as well as the expertise of its skilled workforce and management team, she saw the company achieving remarkable results both in terms of revenue and market position. And yet this highly focused pursuit of results was not allowed to distract the company’s management from other, equally important goals: corporate welfare, worker safety and environment protection, and hefty investment in the local area, so as to further consolidate the capacity and structures of the company.

Running parallel to this story, although in an entirely different setting, is that of Tamara Molinaro. Born in 1997, she grew up surrounded by the racing engines that were prepared at her parents’ engine shop, G.Car Sport of Villaguardia (Como). Already in the driving seat at just 12 years of age, she was quickly spotted by champion drivers, such as Gigi Galli, and iconic figures in the rally world, such as Group B driver Michèle Mouton. Able to draw upon the extraordinary experience of her family, as well as considerable professional support, Tamara fielded her talent, notching up a series of successes that led her, in the space of just a few years, to compete in the WRC2 championship at the wheel of a Citroen C3 R5, and also saw her excelling at rallycross (in the TytanRx competition).

Michela and Tamara’s stories really do provide food for thought. Both are women whose achievements stem from the enterprises built with determination and commitment by their respective families, and who have more than proved themselves in traditionally male dominated fields. Both have enjoyed great success thanks to their ability to manage their own resources, and both have shown the value of female leadership, when this is based on an ability to involve one’s team, also in decision making.

This piece is certainly not about paying lip service to “token females”: it is about recognising and acknowledging two women who embody the power of dreams and the determination to pursue them.

This affinity is behind LATI’s decision to run with Tamara Molinaro in her coming competitions. Its support will undoubtedly further boost her enthusiasm and raise her expectations.