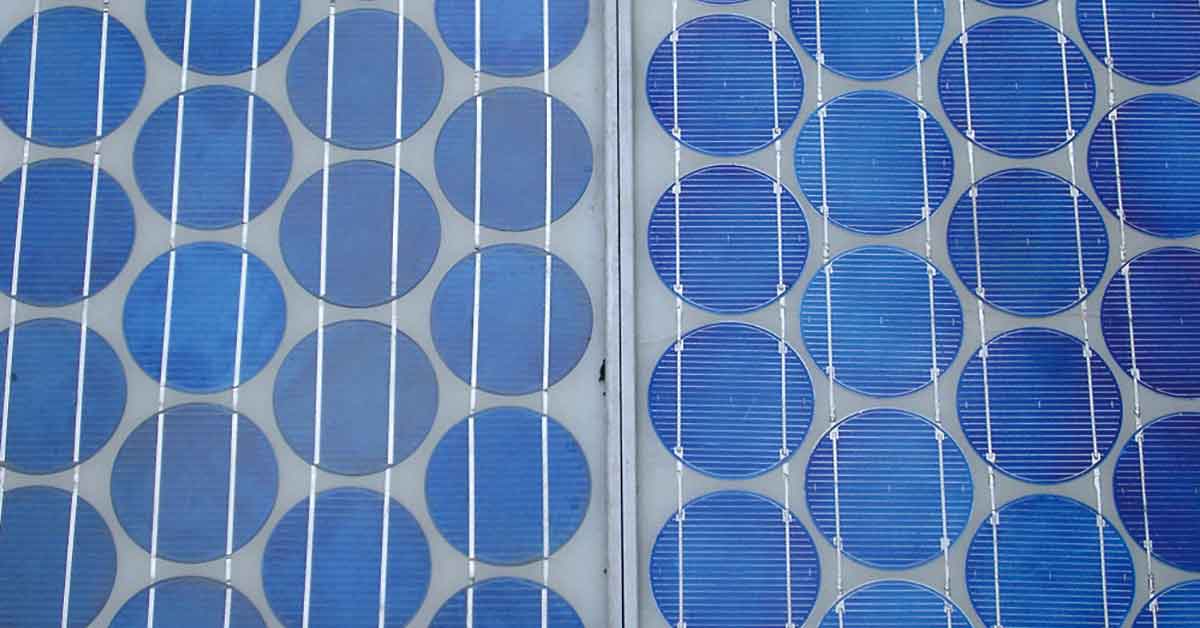 Renewable energy sources and energy saving are the center of attention of industrial, policy and financial systems worldwide for a long time now. Increases in the cost of raw materials, especially of oil, occurred during the first half of 2008 also caused a sudden increase in the cost of electrical energy produced through conventional sources, and consequently a higher interest in the production of electricity from low cost sources, better if renewable and quite alien to political and economic control systems.
The financial crisis we are currently going through has highlighted again the business opportunities concretely offered by the alternative and renewable energy market. As already widely acknowledged by most governments, a real opportunity for relaunching the economy worldwide may actually pass through the adoption - in both civil and industrial field - of systems for the production, management and saving of energy produced from sustainable and renewable sources.
Actually, details of economic relaunch plans of many countries are already known.

In the U.S.A., President Obama has allocated over 150 billion dollars in 10 years for research and development in clean technology, in the field of alternative energies, electric cars, and saving technologies with the aim of reducing the United States’ increasing dependence on fossil sources. Following these same principles, Chancellor of Germany Merkel has assigned further resources to the development in the photovoltaic and eolian fields in addition to what has been already done in these fields over the last years as, for instance, the famous campaign of the hundred thousand photovoltaic roofs.
So, a theory once adopted mainly for environment protection purposes is now becoming a concrete solution aimed to provide new lymph to the American and European economies, at least in the long term. Apart from public incentives and obvious ethical reasons, the production of electrical energy from renewable sources is also sustained by the cost per kWh that is almost always interesting, especially when alternative systems are properly integrated into existing conventional ones, such as thermoelectric or nuclear.

The massive projects and developments that are being implemented in order to sustain the exploitation of renewable energies and for the management of energy saving systems transversely concern all industrial fields. Particular opportunities will be offered to the world of technical polymers, especially because many of these projects will be implemented on a total “green” basis. Therefore, the typical advantages arising from the production and conversion of composite materials and compounds will be welcome.

Unlike metals, plastic materials may actually offer further savings even in the production waste management, working cycles, conversion, related energy consumption, and transport. However, not all growing segments may provide interesting opportunities for plastic materials; the reasons may be related to project specifications such as dimensions, mechanical requirements, operating conditions, etc. Within the limits imposed by the injection molding compounds, LATI is actively involved in the development of many projects in the following fields:

In fact, the use of technopolymers in these fields is easier and quicker thanks, in particular, to the typical requirements of manufactured items and easy integration of the injection molding process into the manufacturing process.

Special attention should also be paid to the great importance of the indirect activities that will develop in the a.m. fields for the production of all auxiliary devices necessary for the operation of the power generation units – especially in the solar thermal field.

PHOTOVOLTAICS
This is the fastest growing segment – especially in Germany – that will soon be massively introduced also in Italy, where the new buildings constructed according to the highest energy saving standards are already provided with photovoltaic panels. The improved efficiency of panels and the progress in photoelectric silicon technology will result in a further cost reduction and consequently an even greater development of this application.

Thermoplastic compounds in this field are particularly interesting thanks to the great projectual opportunities offered by the flexibility of formulations and the quick and clean injection molding process. LATI has been involved in this field with the aim of reaching particular goals, such as replacing metal in structural elements designed to contain photovoltaic elements and introducing special self-extinguishing compounds for the control electronics. All the various specific needs aim at both optimizing the product resistance and meeting the environmental requirements. For example, the following properties are required for structural plastic components:

To meet these requirements, LATI has developed special up to 60% glass fiber reinforced PBT, PA66, PPS, and PPA ensuring remarkable structural performances even under prolonged exposure to sun, wind, rain, and mechanical loads. The following materials have been chosen by the companies operating in this field:

On the other hand, in the case of materials for electrical and electronic applications requiring self-extinguishing properties, the flame resistance must be obtained using specific additives free from halogen, red phosphorus, and synergistic agents such as antimony trioxide and zinc borate, considered dangerous to both environment and health.

This approach allows the diffusion of a product developed on a total “green” concept basis with regard to the respect for environment and represents a highly efficient marketing tool.

Also in this case, LATI is engaged in, exclusively, proposing its own low ecological impact self-extinguishing grades:

The HF series products may be successfully used in the manufacturing of connectors, fuse holders, switch holders, and boxes of different types, also designed for the housing of high temperature operating devices (e.g. diodes and other generated power control systems).

HYDROGEN GENERATION
Gaseous hydrogen has been the center of attention of researchers operating in the field of alternative and renewable energy for many years. Its main advantage is that it burns with a strongly exothermic flame (therefore, with a high energy content) forming water as the only reaction product.
Nowadays, hydrogen generation by means of water electrolytic scission is a very disadvantageous process as regards the energy balance, and therefore absolutely of little interest.
In fact, the thermodynamics of this reaction requires much more energy for the water molecule scission (approx. 5 kWh each m3 H2 generated) than that available during the hydrogen combustion.

The electrolysis reactions are not spontaneous and require a considerable amount of outside energy as well as an electrolyte solution favoring the phenomenon.

However, the use of water electrolysis as a tool to store the otherwise unused excess energy produced, is a very interesting opportunity.

Gaseous hydrogen, for example, is now being considered as a simple and efficient way to store excess electricity produced at night by thermoelectric and nuclear power plants or off-grid photovoltaic systems, i.e. not connected to the electrical net, or by always available alternative sources such as eolics and geothermics.

While the use of gaseous hydrogen as a primary energy source appears not quite applicable, it may, however, be considered as integration to traditional sources. The gas obtained in this way may be stored for use during the day, for example, as ecological fuel in fuel cells, for autotraction or heating.

The water scission occurs in reactors subject to quite severe operating conditions, especially due to the presence of electrolyte, an extremely aggressive alkaline aqueous solution, and of native gaseous species oxygen and hydrogen which, in turn, are quite problematic for metals.

Besides chemical attack, the reactor must be resistant to pressure, temperatures over 50°C and guarantee total safety and reliability over time, because of the presence inside not only of corrosive electrolyte, but also of dangerous gaseous species and important electric currents.

Any structural failure may have severe consequences on the device operation. The reactor is made of special plastic materials ensuring the following features, according to the strictest dimensional tolerances:

Best price/performance ratio is the first requisite in the mass diffusion of reactors.
Great opportunity is offered to special technopolymers for injection molding, and LATI has already developed products that have been widely tested and approved by manufacturers..

This product allows exploiting the excellent chemical inertia of PPS without the need of compromises with the intrinsic fragility and low flexibility of its compounds.

Il LARTON G/40 I6: is also designed for ensuring the best fluidity during molding so as to optimize the filling of thin cavities without exceeding in molding conditions and risking material degradation.

The excellent mechanical resistance is combined with high reliability over time, especially as regards the resistance to permanent deformations caused by constant loads developed by the forces applied for the clamping of the pack enclosing the battery cells.

LASULF: in this more traditional solution, the reactors made of glass reinforced (or non reinforced) PSU ensure excellent chemical resistance and dimensional stability over time, without the risk of electrolyte and gas leakages.

The higher cost of this polymer suggests the use of LASULF in industrial applications rather than for general purposes.

SOLAR THERMAL
Of course, the alternative and renewable energy source that will find widest application in the short term is the so-called solar thermal, i.e. the exploitation of heat generated by the sun for the production of hot water as integration to traditional domestic heating plants.

A primary role in the promotion of innovation in this field is certainly played by the recent norms concerning the energy certification of new buildings.

Opportunities for technopolymers are great and very interesting not only as regards the production of devices specifically designed to capture solar heat, but also of equipment necessary for the operation and integration into modern heating plants.

Fig. 3 - Polymers may be used in a large number of solar thermal applications

Of course, material requirements depend on the product being manufactured.
Generally, the following features may be considered for panels::

The most frequent operations consist in the replacement of brass and other metals, hence the proposal of the a.m. valid alternatives, i.e. fiber glass reinforced PPS, PPA, and PA66.

In fact, a careful choice of LARTON, LATAMID, and LARAMID grades may meet a wide range of requirements as regards metal replacement, thus also ensuring advantages in terms of weight and corrosion resistance.

A further opportunity for technopolymers is represented by the field of hydraulic fittings, where sulphonates such as PSU and PES (LASULF and LAPEX A) may be employed in addition to the already mentioned materials.

Finally, the design of new condensing boilers, indispensable for high-efficiency heating systems, would actually deserve to be treated separately.

Among the elements contained within this equipment, rotors and wheels are manufactured with antistatic and structural LATIOHM technopolymers complying with European standards for explosive atmospheres (ATEX), exhaust collectors resistant to heat and acid attack from exhaust fumes are LARTON and LATAMID molded, and the many other parts are made from compound.

ENERGY SAVING
According to many experts, alternative energies only make sense if correctly integrated into traditional fossil sources, at least in the medium-long term.

Energy saving in all its forms would then represent a fundamental pillar of any serious energy policy plan.

Waste of energy may be largely limited by considering polymeric material as part of a new project, especially where substantial weight reduction without reducing sturdiness is an issue.

The special LATI compounds are already being successfully integrated into different fields: from automotive to electric household appliances, from mechanics to hydraulics, etc.

In any case, the final result must lead to energy saving during production and operation, without, however, losing sight of performances and costs.

LATI’s compounds offer a wide range of solutions and any application field may be explored relying on the innovation capability and support ensured by the company’s laboratory and technical assistance.